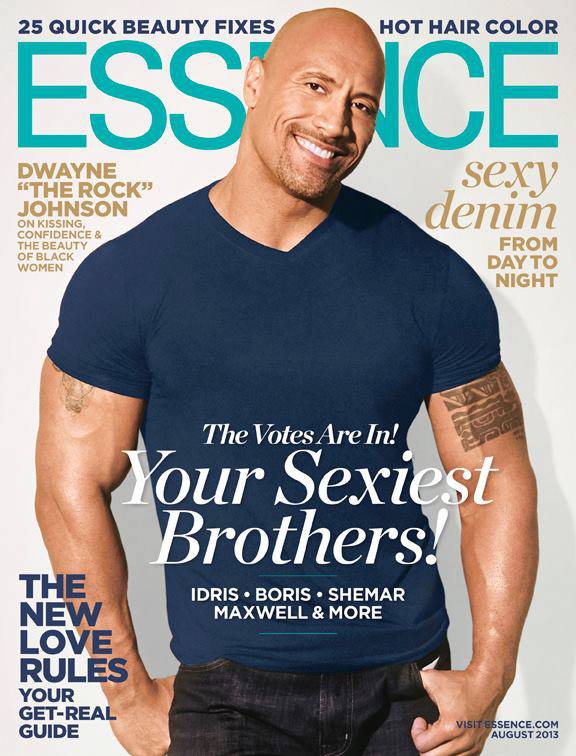 I’ve a love and hate thing for ‘bulky’ men. I won’t deny it I’m a lil scared of  them. I’ve this stupid mentality that they will bully and throw you around like a baby. Then again when you cold, you know there’s gonna be a cozy place for you. Anyways not in the case of ‘The Rock’. He states, “I want someone who can trust that my big hands are going to take care of them”. mm..mm.mmm!

It’s Dwayne “The Rock” Johnson everybody! The wrestler turned actor is on the August issue of Essence magazine. 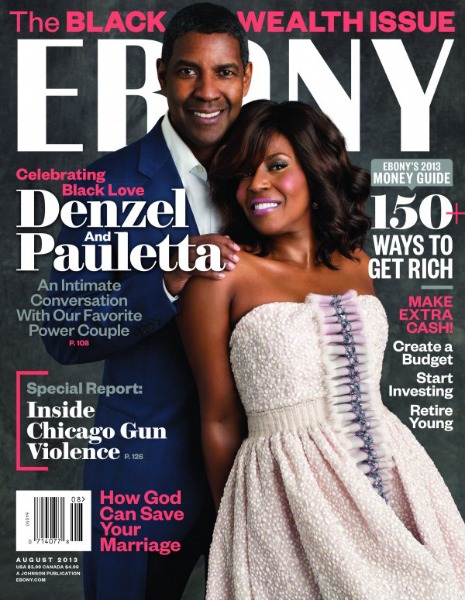 Isn’t this cover good? I don’t know who your celebrity crush is, but mine is this man right here with another lady gracing the cover of Ebony (August edition). Oh Denzel..what you dey do to me! Hahaha..

In the article, the actor and his wife Pauletta (beautiful lady) talk marriage and how to sustain it. Go grab a copy, I promise its good! 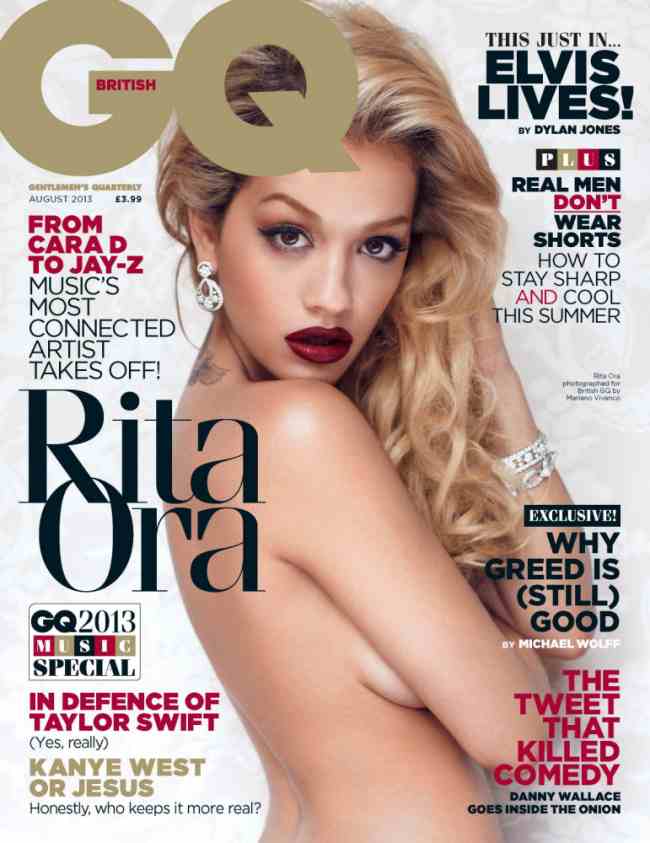 Rita Ora bares it all for the August cover of GQ Magazine. In the mag she dishes about family, her new man, fame, etc.

“We control what we let out in the media. Social Media is so influential now. I feel like i’m lucky to be in this position now, in this time. Because there’s no nobody else to blame if it all goes tits up,” says the musician (on fame). 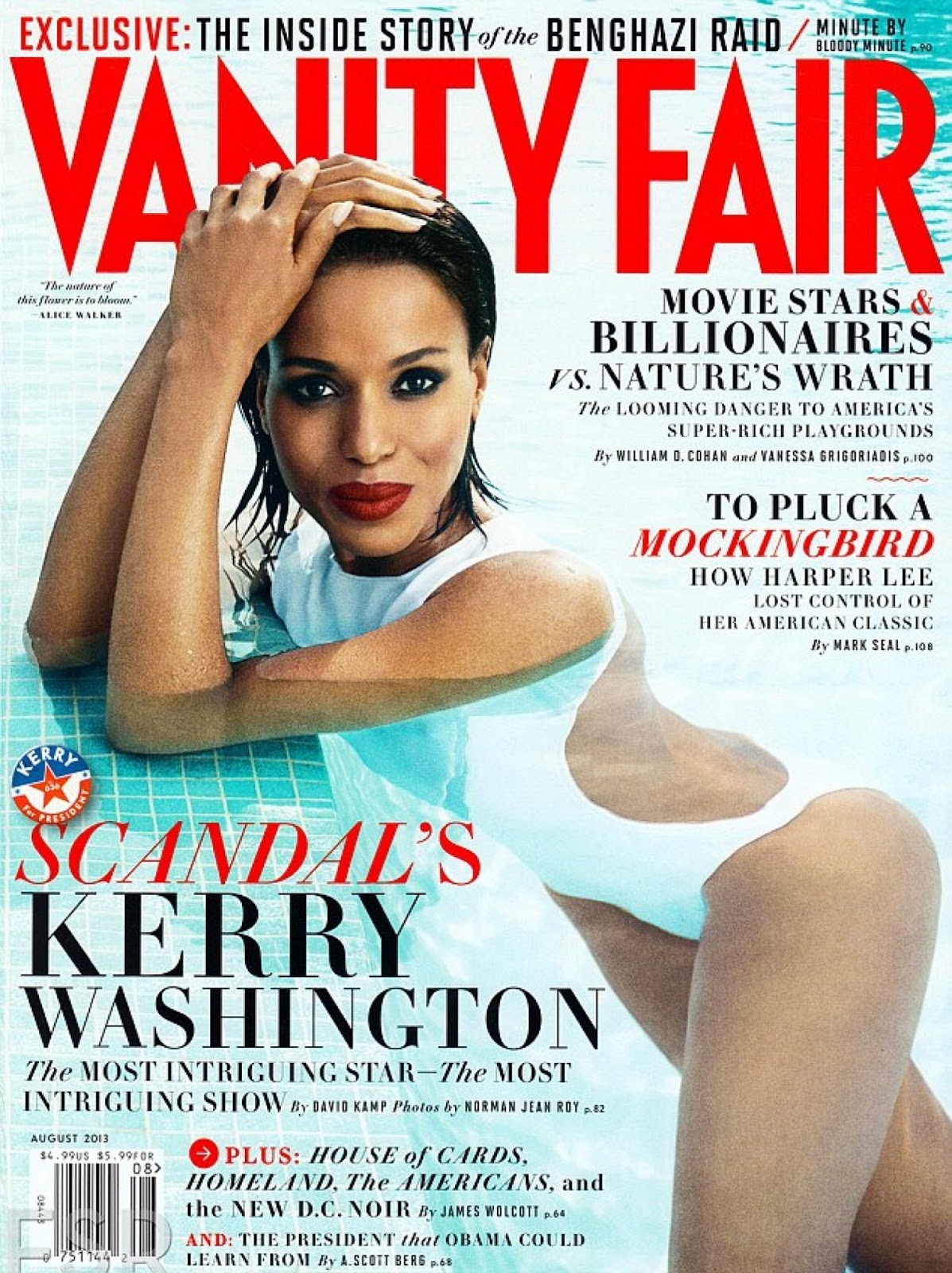 Check out Kerry Washington (a.k.a Olivia Pope, lol!) looking hot on the cover on Vanity Fair. The actress is the first black american to grace the cover of Vanity Fair magazine since Beyonce in 2005. Do you know she got married too? I didn’t even know she was dating, hehe!! I think its good she’s so secretive about her dating life though, cos it can be difficult for these celebrities. But then again it comes with the celebrity package. Anywhos I’m happy for her and wish them luck. By the way her husband is a football player who goes by the name Nnamdi Asomugha. With a name like that, I believe he’s of a Nigerian descendant. 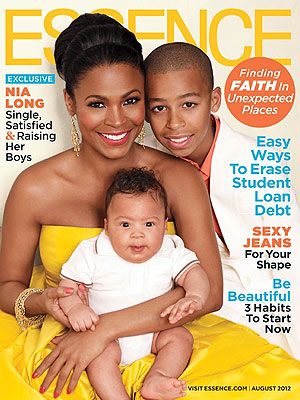 The beautiful actress and mother of two is looking gorgeous with her boys on the cover of Essence magazine (August issue). In the mag. Nia dishes about marriage, baby daddies and reconnecting with her father.

“Massai’s dad and I have had the most challenging times, and I wasn’t always sure we wouldn’t end like my mother and father. But we’ve arrived at a place where I can truly say he’s not a baby daddy, he’s my friend, finally. He’s an amazing father,” explains Nia.

“I’m in my forties, post baby and I’m thinner than I’ve been in years. The last step will be letting my hair go natural. That’s when you’ll know that I’m free..!” says Nia Long. 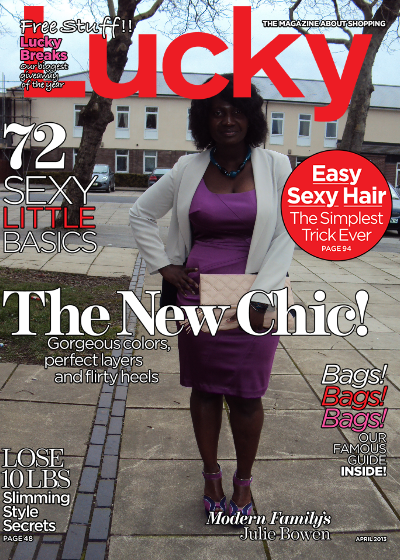 See who made it on the cover of Lucky magazine. Hahaha..*jokes*

Ait dearies, that’s the magazines I’m loving at the minute. They’re on the stands now, so get it if you’re into reading magazines or you want.