Have you read or heard the News surrounding Chris Brown’s stage ganja smoking mayhem? Well if not, here we go.

So Brown was flew in to perform in Ghana (at a stadium) for a staggering $1million!! *roll eyes*  Now you know that ain’t right! First of all, at a stadium?!!! When I think of artists performing at stadiums, I think of legends like Sade, Michael Jackson (RIP), Steve Wonder, Prince, Phil Collins, etc etc. But not Chris Brizzy!! I’m sure he’s good at what he does and I like a couple of his songs. But sorry he doesn’t deserve that hype. We have had artists like John Legend and Rick Ross come to perform in GH but they didn’t even do that in a stadium. Even though I would think that John Legend is a good candidate for a stadium concert. With a name like that, why not right? hehehe…

Now lets talk about the money! $1millon? For what? Artists are paid so much to perform in foreign countries but let face it, they come on stage and perform just 3 to 5 songs. Or better yet 20 to 30mins max! Plus have you seen the state of people and economic in Ghana? That money would have done a lot of better things in the country than Chris Brown coming to perform. And then disrespecting the constitution and people of Ghana by smoking wee on stage.

I don’t know where you might be reading this from. But I just want your opinion on this story. Weigh in!! You might not agree with me and thats fine. 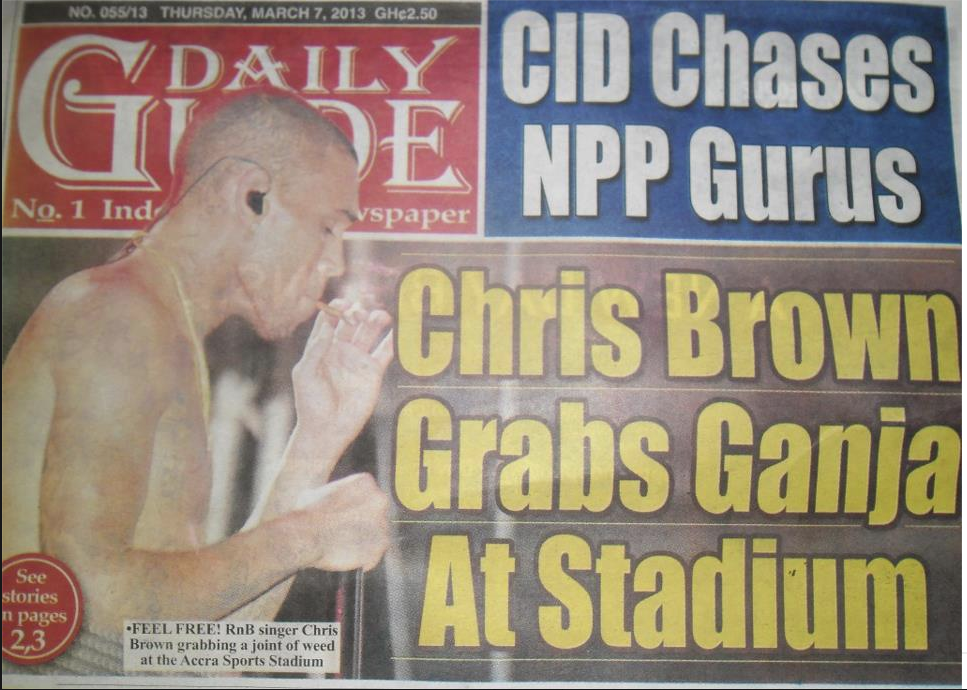 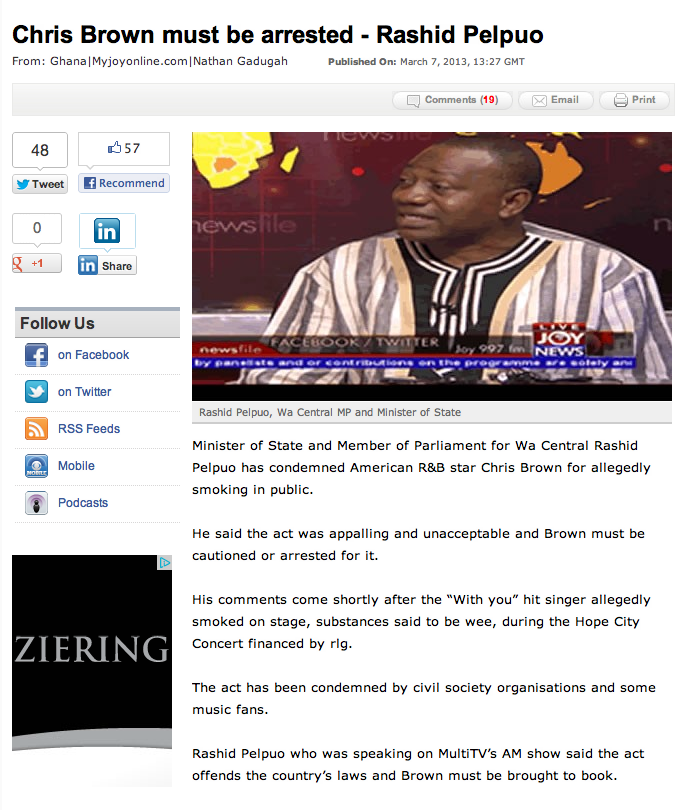 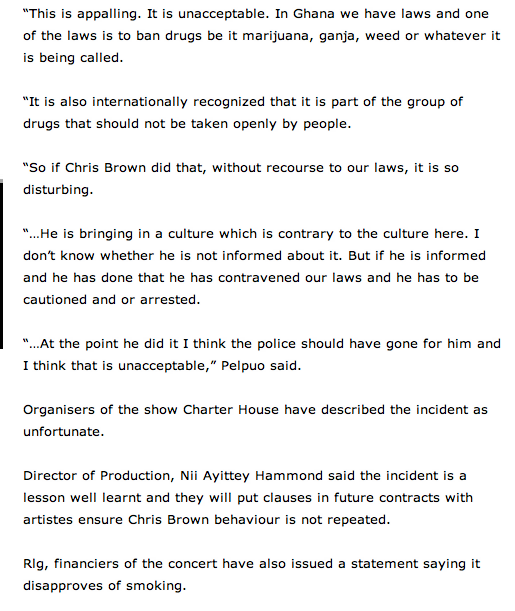 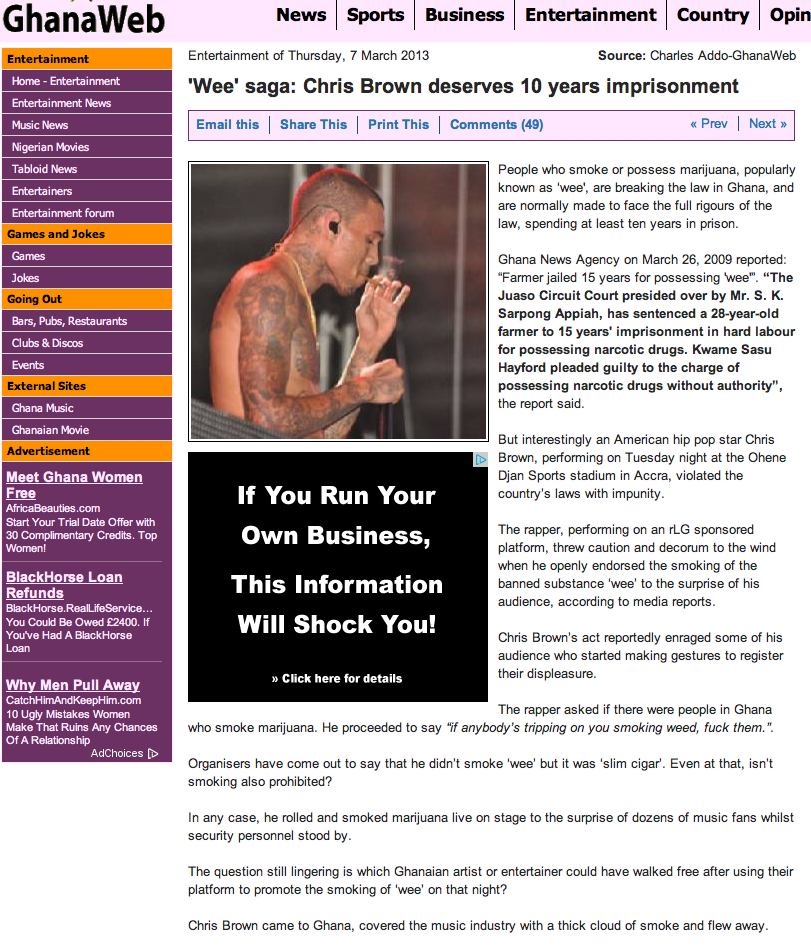